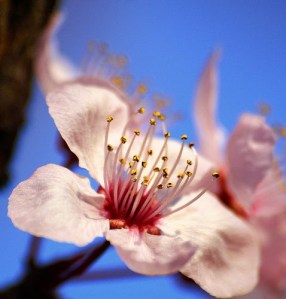 I was tooling around on the web and came across a link to an October 2008 article in The New Yorker by Malcolm Gladwell – “Late Bloomers.” It is a great read – go check it out. Gladwell makes some interesting observations about the nature of artists and the process of creation.

He cites evidence from David Galenson at the University of Chicago that equates a different philosophy between prodigies and late bloomers – conceptual versus experimental – in how they execute their vision.

Picasso is utilized as the prime example of a prodigy, he is quoted as saying:

“I can hardly understand the importance given to the word ‘research.’ The several manners I have used in my art must not be considered as an evolution or as steps toward an unknown ideal of painting. . . . I have never made trials or experiments.”

Picasso represents artists that have a clear vision of what they want to do and they execute it into the medium in which they are working.

By contrast, Cezanne is shown as an example of a late bloomer – working by trial and error to search out the artistic vision. Cezanne is quoted as stating: “I seek in painting.”

Gladwell points out the implications of this research and understanding of the creative process – late bloomers are not just overlooked prodigies, or late to discover their gifts and talent, they are fundamentally different. At first glance they look like failures, before that seeking and experimentation leads to a unique style and success. And to complicate matters, not everyone will evolve to that next level. Gladwell writes, “Whenever we find a late bloomer, we can’t but wonder how many others like him or her we have thwarted because we prematurely judged their talents. But we also have to accept that there’s nothing we can do about it. How can we ever know which of the failures will end up blooming?”

This is a compelling idea to consider. We can’t know for sure who will bloom and who will not. But one element that must play a role is perseverance. Gladwell points out that success for a late bloomer hinges on the support of others. That is true, but that support is hard to come by if the artists has no faith in their own talent. That faith is the seed for endurance. The prodigy and the late bloomer are different creatures, each following their own path. I can’t help but think that recognition of their talent inspires different outcomes as well. In the prodigy, the recognition puts them on the path of the artist and gives them expectations to live up to. In the late bloomer, recognition is at the end of a long process of discovery.

I turn another year older very soon – tomorrow- and in that context I wonder about how my career will take shape. What book will I write next? It is nice to look at this in terms of process instead of the ticking clock of age. There are plenty of late bloomers, but recently out out of my own insecurity, I’ve been paying special attention to the age of debut novelists. I like to see where I fall within the spectrum. Now, I see that what I should have been looking at is how I work compared to others, instead of how that work will be recognized.

This is difficult for me. I was a precocious child, in accelerate academic programs with names like “gifted” and “talented,” and I skipped the second grade. (This, incidentally is the reason why I can’t write in cursive – in my school that was the year to transform your print into something flowing and beautiful. I missed it.) So, I’ve struggled with the burden of having so much potential. Potential became a dirty word. Certain things came easy for me – mathematics, science, history and abstract thinking. “Don’t you want to be a doctor/lawyer/something highly valued and perceived of as smart?” people asked me.

No, I thought in my head, I want to write stories. And you know what? In the beginning I wasn’t good at it. Unlike other things I tried, writing did not come easy. I’ve worked at it – read widely, turned conscious effort to developing voice and craft, and spent the time. None of my English teachers ever praised my attempts at creative writing, but maybe that lack of potential gave me room to explore.

That exploration has been wonderful. So, how do I work? What is my process?

Every story I’ve started has begun with examination of a catalyst incident. What would happen if a man committed suicide by running into the middle of traffic? What if yours was the car that struck and killed him? I wondered this when on my way to work a man did run across the road. I saw his face, his body blur by my car. I didn’t hit him, but I wondered how my life might have changed if I had. So, I began that first novel with a conceptual idea, but writing it out gave me the freedom to seek the answer to that question and recognize the importance of all the small moments that can add up into something significant.

My recent novel has similar origin. What would happen if a woman left her family and reappeared thirty years later? How does the absence of a generation shape identity? The process of writing and creating a journey for my characters has given me answers I didn’t expect. And I believe in the emotional truth I’ve found.

I seek in my writing. Who knows when I will bloom, but I’m happy to be on the journey.